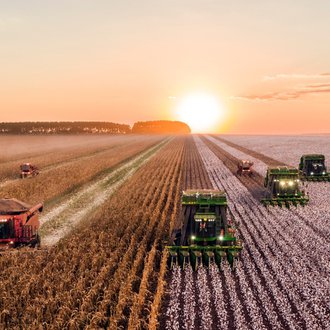 ""Money is the worst currency that ever grew among mankind. This sacks cities, this drives men from their homes, this teaches and corrupts the worthiest minds to turn base deeds."" —  Sophocles

""Money is the worst currency that ever grew among mankind. This sacks cities, this drives men from their homes, this teaches and corrupts the worthiest minds to turn base deeds."" —  Sophocles

What Kind Of Fisherman Are You? 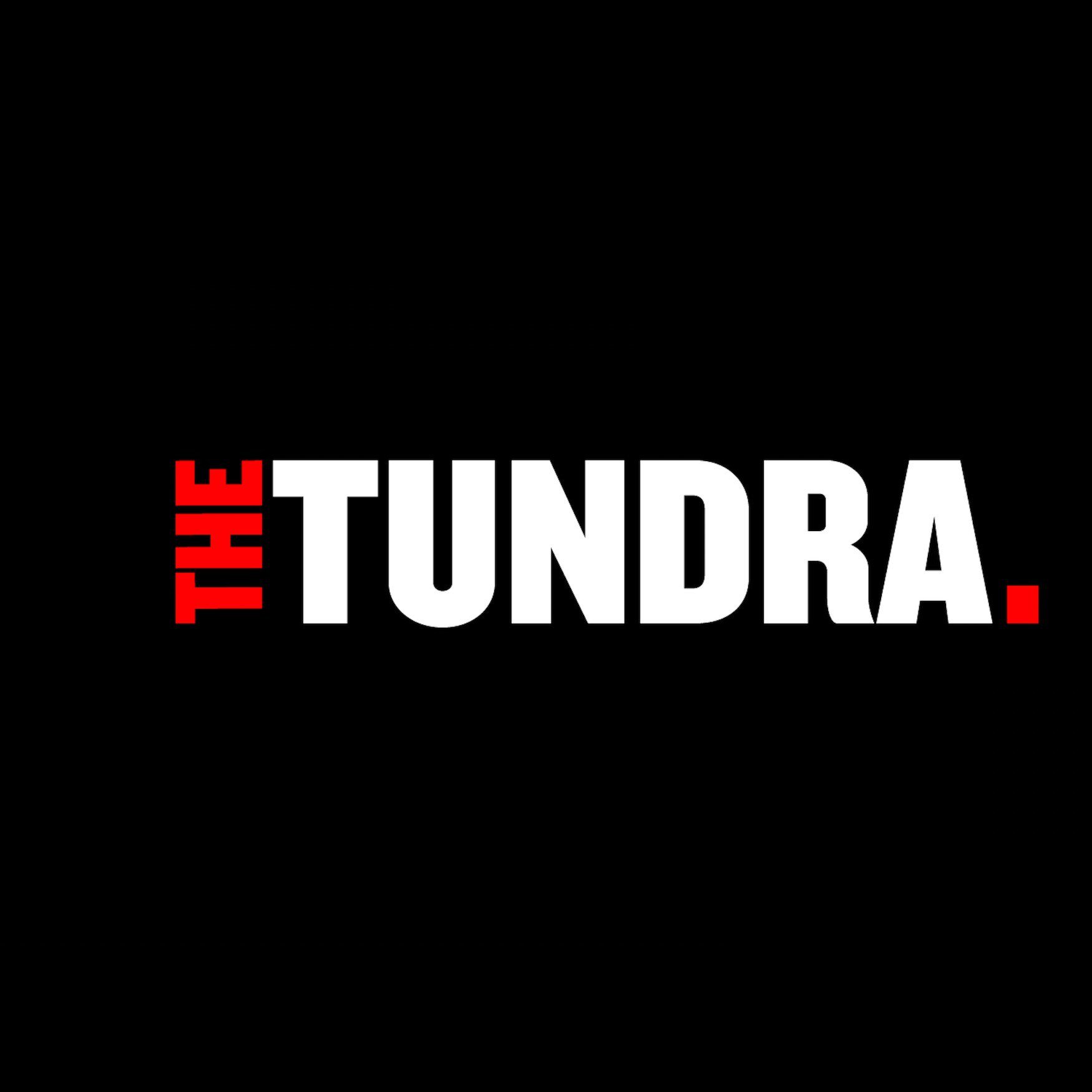 “Many men go fishing all of their lives without knowing that it is not fish they are after.”

As Fishing Enthusiasts know, catching fish isn’t the only objective of fishing.  It’s also about spending time in the great outdoors and simply enjoying the pursuit.  There’s nothing quite like being on, or in, the water, casting your reel, at one with nature, at peace.  If there was ever a special interest that personified “it’s not the journey, it’s the destination,” a pastime that gets passed down from generation to generation that inspires genuine nostalgia and emotion, it’s fishing.

There’s no doubt that America, and the world, is longing to return to our oceans, lakes, streams and rivers.  In these uncertain times, going fishing could briefly put our minds at ease.  There are approximately 50 million recreational fishermen in the U.S. and the industry has a $125 billion annual income on the nation’s economy. American anglers (someone who fishes with a rod and line, in other words, with a fishhook) take over 400 million fishing trips and spend over $50 billion on fishing related expenses every year.

People have been fishing since the dawn of time as a means of survival, but the earliest recreational fishing, or sport fishing, occurred in the 1400s in England.  After the English civil war, fishing for the fun of it exploded, as evidenced by the many books and articles on the subject in the 1600s.  Amazingly, the revolutionary fishing hook designed by Englishman Charles Kirby in 1655 is still substantially the same.

It has been part of American history since before it officially became a country.  Many U.S. Presidents have been fishermen, from George Washington to Grover Cleveland, Herbert Hoover, Dwight Eisenhower and Jimmy Carter.

Fishing Enthusiasts are no doubt familiar with all of the following fisher types, from the Oversharer to the Rude Dude and everyone in between.  The big question is, what kind of fisherman are you?

Are You An “Oversharer Fisherman?”

We all know someone like this, the kind of person who’s all too happy to throw advice your way, even though you didn’t even come close to asking him for it.  Comments like “I see you’re having trouble poking the leader through the small fly eye, you should’ve brought a needle-threader,” and “I straighten my coiled nylon leaders by soaking them in liquid detergent or sometimes I strip it through a piece of folded rubber.  You should try it, just a little FYI.”

These people not only tend to be superstitious, they like to tell you about their superstitions too.  For example: “Waddaya mean you don’t have a lucky hat?  What kind of angler doesn’t have a lucky hat?”  And “I’m going to have to ask you to stop whistling.  Everyone knows it’s bad luck to whistle while fishing.  Back in the summer of ’98, I whistled once when I was out on the Colorado River, and...”  You get the idea.

If you’re the type of person who pontificates about your fly casting skills and you feel the need to fill in everyone about your King Salmon trolling abilities, then you’re an Oversharer.  Here’s a word of advice - shhh.

Are You A “Snob Fisherman?”

The Snob Fisherman thinks they’re right about absolutely everything to do with fishing, and probably everything else too.  But what really makes this category of people stand out is their general air of superiority and judgement.  They’re the kind of anglers who look down upon jetty fishers, who poke fun at the people who use bobbers and actually keep the fish they catch.  We’ve met more than a few trout fishermen who qualify as Snob Fishermen.  They use flies and take a strictly catch and release approach.  To quote a few Trout Snob Fishermen we’ve come across, using bobbers isn’t “real fishing.”  Of course, not all trout fans fall into that camp and the ones that do are certainly entitled to their opinion.

Snob Fishermen think that the “middle class” of fishing is occupied by bass fishers.  After all, you need a boat and fishing boats aren’t cheap.  It must be pointed out that, by no means, do we condone or agree with the stratification of fishermen.  If you’re the kind of person who quotes John Gierach’s “Things fishermen know about trout aren’t facts, but articles of faith”, then sorry to say it, but you’re probably in this category.

Are You A “Rude Dude Fisherman?”

A cousin of the Snob Fisherman, Rude Dudes are even more direct.  They don’t give an Atlantic Sturgeon about how you feel about them, which takes away from the goal of fishing – relaxation.  Rude Dudes (and dudettes) add stress to the fishing experience.  They’re the kind of angler who has no shame about crowding other fishermen with the hope of stealing their fish.  This type of thing seems to happen often within the world of ice fishing.  It may be because of the close proximity of ice fishermen or perhaps it’s that extremely cold weather tends to brings out the worst in people?

One theTUNDRA team member reports that they once went ice fishing in Alaska and witnessed someone setting up shop about four feet away - this was before the days of “social distancing,” but it’s aggressively close to set up for a fellow fisherman.  To add insult to injury, they were drinking beer and loudly singing “Leaving On A Jet Plane,” which scared all the fish away.  Even worse, the Rude Dude Fisherman didn’t even offer up a beer.

If you don’t respect your fellow anglers and have no problem fishing right in someone else’s face, then this is you.

Also worthy of mention here is the “Rudest River For Fly Fishers In America” according to Field & Stream - Henry’s Fork Of The Snake in Idaho.  Apparently, the people in this part of Idaho are amazing but this river has a mind of its own and doesn’t care how well you fish – which is how it got the amazing nickname “graduate school.”

Are You A “Wunderkind Fisher?”

Possibly more annoying than the Oversharer and the Rude Dude, the Wunderkind knows next to nothing about the sport yet somehow pulls in the biggest haul.  They’re the kind of person whose only prior exposure to fishing was watching A RIVER RUNS THROUGH IT or THE PERFECT STORM.

This group is the angling equivalent of the kid who’s never played basketball who grabs a ball for the first time and reverse dunks it.  The Wunderkind Fisherman just has a natural knack for how to handle their lines.  To paraphrase Lady Gaga, they’re born that way.

The majority of anglers have dedicated decades of their lives to learning the intricacies of fishing and have yet to master it, so dealing with the Wunderkind Fisherman can be mentally challenging.  It’s hard to remain zen when the person down the water loudly says things such as: “It’s like they’re catching themselves!”  It’s times like that when it’s useful to remember the Thoreau quote at the start of this article:

“Many men go fishing all of their lives without knowing that it is not fish they are after.”

If you’re a novice fisherman who goes out and catches more trout and catfish than anyone else in the San Pablo Reservoir with no prior experience, then welcome to your category.  We’d say good luck to you but apparently, you don’t need it.

Are You An “Influencer Fisherman?”

As the name implies, the Influencer Fisherman is less interested in improving their skills and more interested in appearing like they’re living their best lives to the rest of the world.  They take more time to get in position for that perfect selfie holding a Golden Trout than in actually putting in the work it takes to catch that oh-so-elusive fish.  Of course, this type of fisherman existed long before the explosion of social media, they just went by another name – “showoff.”

If this is you…well…would you mind stopping?

Are You A "Bored Fisherman?"

Bored Fishermen are “over it” before it even starts.  They simply can’t see the value of casting lines.  They hate all the waiting and don’t understand that being out on the water is about so much more than trying to find fish.  It’s also about stress relief, bonding, self-fulfillment, and, from time to time, the thrill.

This group of people just can’t bare the quiet, feeling the need to fill every silence with “You feel anything yet?”  Or “When do you think they’re going to start biting?”  Or “So are we done here?”  People in this category tend to be under the age of 12, but there have also been more than a few adults in this category.  Some are also card-carrying members of the Influencer Fishermen category.

If you can’t kick back, relax and enjoy some quiet solitude in nature without getting bored to tears, this is you.  We’re sorry, but there’s really nothing we can do for you.

Are You A “Basic Fisherman?”

The Basic Fisherman is on the thrifty side – they really don’t like to spend money unnecessarily.  They make their waders last a lifetime, even if that means doing hours of patchwork a night.  Same goes for their boots, even if they’ve got more holes than Swiss cheese.  The Basic Fisherman takes pride in using their grandfather’s Korean War era tackle bag not for nostalgic reasons but because it means they don’t have to buy one.  Some Basic Fishermen even take things into their own hands - literally - and invent their own fishing lures and fishing poles.  Basic Fishermen tend not to like fishing in boats because, well, boats cost money.

If this sounds like you, how about you spend a few bucks and live a little.  It could positively affect your enjoyment of the sport.

Are You A “Techie Fisherman?”

You know this type of angler.  They’re the early adopters of the fishing world.  The Techie Fisherman wouldn’t be caught dead without their portable wireless fish finder, their rechargeable headlamp, their digital hanging hook scale, their portable mini-propane heater or their waterproof GoPro, just to name a few items.

The Techie Fisherman doesn’t tend to pull in the most fish, but they’re definitely the most wired and connected, which counts for, well, it really doesn’t count for anything.  If this paragraph describes you, the advice is similar to the advice for the immediately preceding category - chill out.

Now that you know what kind of Fishing Enthusiast you are, you should take some time to deepen your knowledge.  You certainly have some extra hours these days.

If you’re looking for a fishing conference or expo to attend, go to www.theoutdoortrip.com to find one within casting distance of your hometown.  Hopefully, within a few months, all of this will be over.  In the meantime, while you can’t enjoy your time on the water at this very moment, enjoy wading through all of these amazing fishing resources.