Anub'arak's Journey From Frozen Throne To The Nexus 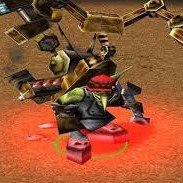 makeitsoundnew
In Heroes of the Storm, Anub'arak is a warrior hero with access to summoned units and excellent mobility. Anub'arak has been around since Warcraft III The Frozen Throne.
In the Warcraft III Frozen Throne expansion pack, Anub'arak was introduced in the Scourge campaign. He aids Arthas (fallen paladin and champion of the Scourge) on his journey to the frozen throne, where he'll take the mantle of the Lich King. Anub'arak is loyal to Arthas and proves to be an invaluable ally.
In custom games, Anub'arak is known as The Crypt Lord. His abilities remain the same, and he's the beefiest undead hero. His ultimate gives him an AoE attack and health regen.
Anub'arak's mixture of spider, beetle, and ancient Egyptian inspired features make him an interesting looking character. His design has remained consistent from inception to today.
Anub'arak's kit remains mostly intact from Warcraft 3. His kit still includes impale, scarab host, hardened carapace, and locust swarm. In HotS, he also has burrow charge and cocoon. The lack of major change in his kit showcases how well-designed he's been since Warcraft III.
Anub'arak was present in World of Warcraft since vanilla. He was a raid boss in Naxxramas, and he returned with the rest of Naxx during Wrath of the Lich King.

Warcraft 3 Anub'arak on a Northrend tileset.

Anub'arak in the Naxxramas raid in World of Warcraft.
“I'll consume the living and the dead!”

Anub'arak as he appears today in Heroes of the Storm.