Between Hill and Smith, how on earth will the Cavaliers recover after that? 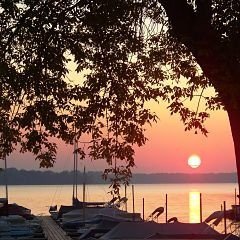 jacob_stay_late
How? How do you miss that free throw? How do you catch a rebound and then run the ball out when your team is tied? I think these are the questions we are all still shaking our heads at over last
night's NBA finals, Game One, between the Cleveland Cavaliers and the Golden State Warriors. I understand that the Cavs are truly the underdog team in this year's finals; even though this is the fourth straight year the two teams have battled it out in the end. I honestly thought the Cavs would take Game One based off of
the Warriors being a bit cocky and over-confident with the betting odds. But to be THAT messy with only FOUR SECONDS left on the game clock?? I'm beyond speechless. It's mind-boggling.
I can almost see how George Hill could screw up the second free throw, a point that would've won them the game-- he was under immense pressure. On the other hand, that's what he signed
up for. Those are the "simplest" shots to make if you take the mind-crushing pressure off of it. But then for J.R. Smith, on the same team as Hill, to recover the ball after Hill missed it and to take it in the opposite direction to run the clock out... it's crazy. He's saying that he thought they were winning. How do you not
know the score? I can understand getting lost in the game, but in the final seconds, with your team needing that second free throw in order to win the game, how do you NOT know? Insane.

LeBron is priceless with J.R., here.

An intense match up for Game One
“How do you not know the score?”

You gotta reach for it.