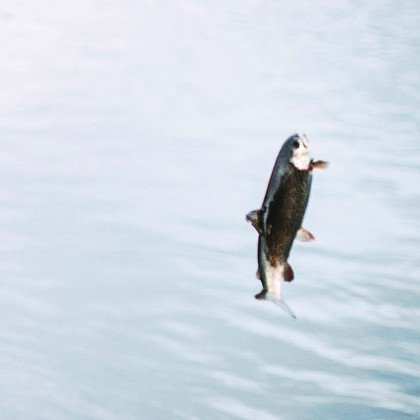 When will the next wave of slasher films sweep us away?

They lived in the back room of the local video store.

One memory I have that's pretty solid is when my mother was finally able to buy a VCR for us. Until then, I'd lived a solitary life of colored pencils and drawing so many horses it's a surprise I didn't grow up to be Tina Belcher. Excitement was the spare textbooks and paper my mom would bring back from work just for me. I liked to give the sun sunglasses whilst watching cartoons on one of the four television channels we could get.

Books-on-tape were also a thing. The ones I had came with a small book that contained the story, so you could read along. Oliver and Company and 101 Dalmatians were two of my favorites. I didn't think it could get better than hearing the voices of the characters as I read along.

I don't actually remember the process of getting the VCR, but I guess that's a side-effect of being 4 years old. Your early life becomes fractured into memories and you wonder why you remember one thing over another. 30 years condensed into a single thought means there's a lot to be left out. Times have definitely changed since then.

We didn't have the money to go out and buy videos, so renting them became key to seeing films at all. And, to rent them, we'd have to walk to the video store.

Posters, Jurassic Park, and the Sounds of the Cinema

Our particular video store gave away posters with rentals if you wanted them. This led to—albeit another tale for another time—a kitchen dedicated to Legends of the Fall and The Pelican Brief. My bedroom door was the home to Jurassic Park, and I always felt such a strong, guttural loathing for whoever rented that last so I couldn't. Our video store, I should add, had only one copy of everything.

I loved going to visit. When you close your eyes and think of the cinema, what happens?

You hear the bustle of crowds discussing the last movie they saw; background noise like a cafe for film buffs. You can smell the buttery, sweet, sickeningly delicious scent of freshly made popcorn, and the panic of remembering which of you has the ticket stub.

If you're there for a romance, you feel your heart race. Movies have a way about them like that, and a good cinema or video store both excel at invoking those exact same passionate feelings of nostalgia. And, if romcoms are a subgenre of the tragic romance trope—similarly, movies about aliens being Sci-Fi slasher films being of the horror—you could argue that video stores are a "subgenre" of cinema.

The Video Store, Home to Many Horror Flicks.

I remember having trouble carrying the rental cases, and the rattles of candy from the wall of it behind the counter. I think of my mother talking to the guy behind the counter and me, making my way to the back room.

I'm talking the slasher films and the aliens and, for whatever reason, Critters 3? It was the new Child's Play movie, Friday the 13th; it was, for the same confusing reason as Critters, Tremors, and The Thing.

The Entity, The Exorcist; what would eventually wind up being my favorite, even, Candyman.

Me finding this section was like Indiana Jones finding the Temple of Doom. Me, surrounded by slasher films and zombie films and Critters, was like Han Solo kicking the Falcon into light speed. This room, with a Child's Play 2 poster I was too young to be given on the wall, was my Holy Grail.

Coming of Age During the Resurgence of the Slasher film

I was in my early teens in the late half of the 90's. Wes Craven's Scream was released in the middle of the decade, and this inspired pretty much every movie studio to buy up every horror script they could get their hands on. Making for a very happy me.

After Scream came a new Halloween, Urban Legend I Know What You Did Last Summer. The Exorcist turned 20 and was re-released. The Blair Witch and its viral campaign was the BOMB. Most importantly, I was old enough to watch them, to talk about them, and to become obsessed with the subjects of those videotapes I'd stared up at longingly in my formative years.

I could watch these flicks, I could see them, and I could love them. I did x3, and it's weird how it worked out. That I wasn't disappointed. The opposite, really.

These days, I stare at Netflix the way I used to in those old video stores. It's cheaper, on the whole, but some of the magic has been taken away. I look for decent horrors, see multiple Paranormal Activities and Insidious 1-through-eight hundred, and wonder when the next wave of great slasher films will sweep us away.

It's been 40 years since John Carpenter and The Exorcist, 20 since the last wave.

Just how long do we have to wait for the next?

Or, is Get Out the start of a new breed?